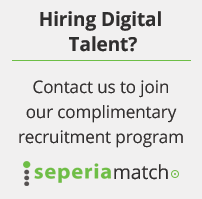 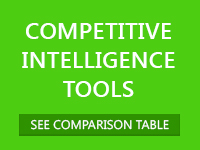 The Migration of Online Advertising to Mobile

15 years ago, just before the burst of the Internet bubble of the late 90’s, business owners, investors and advertisers who saw many website visitors but little income, asked: “Where is the money in the internet”? And then came Google, transformed the market and the advertising industry and provided the business world with the answer.

Where is the Money in Mobile?

The use of mobile devices, smartphones and tablets is skyrocketing. But in mobile advertising, the process of cracking the monetization formula is still in its infancy. 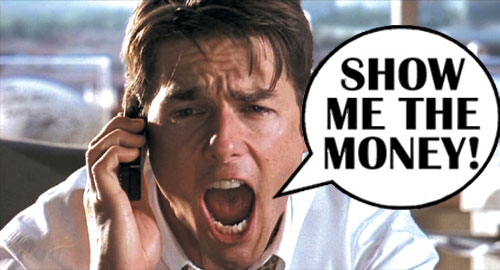 A few categories, such as games found the way, but in most categories there is much more supply (advertising inventory) than ad demand. Business owners, investors and advertisers are frustrated with the huge gap between the time users spend with their mobile devices and the poor business results the mobile channels usually produce, compared to standard online advertising. Unlike users sitting still in front of their desktop computers, mobile audiences are growing and active … but buying less! But that’s starting to change.

If any company can crack the mobile market advertising formula in global scale, it’s Google. Such cracking is a blessing because it will enable mobile to become an Ecosystem which provides businesses of all sizes a new platform for targeted and effective exposure. Such Ecosystem attracts users and contributes to innovation and creation of new business models, as the internet has done massively since the early 21st century.

Google is currently the world leader in Mobile advertising revenues, expected (according to emarketer, June 2013) to reach $8.8 billion this year, double from 2012, representing 52% of the global market. The total mobile advertising market is expected to reach $16 billion in 2013. Yet, up to the previous quarter, the search giant too has experienced difficulties in cracking the mobile formula – with seven consecutive quarters of falling costs per click (CPC is one of the important measures that Google publishes in its reports.  Users’ migration to Mobile lowered it). In the last quarter, Google ad prices increased and are expected to rise further with one of the most significant and comprehensive changes in its advertising system in the 12 years of its existence.

As of July 22, 2013, Google will require all advertisers to simplify their Google campaigns so that each campaign targets all types of devices. Previously, advertisers had an option to create a unique campaign for desktop users only, unique campaign for tablets only or one for smartphones only. After the change, advertisers will run a unified campaign, while they can choose to place a higher or lower bid when the ad is served to Mobile users.

What Google is doing with this change is in fact stockpiling its Mobile advertising inventory, using its vast inventory on desktop devices. Theoretically, advertisers can easily ‘switch-off’ their mobile ads, but once these ads are a system default, the attitude towards them is fundamentally different and it will probably push many more advertisers to improve their mobile sites and other mobile properties.

One of the most significant growth drivers of Facebook’s mobile advertising is ‘app install ads’. These ads let developers promote their apps on the new applications update on the Mobile News Feed, which is a prime location for advertising on Facebook. The service which was launched only in late 2012, turned out to be particularly effective and quickly gained popularity among advertisers. With the significant upgrade of the Facebook advertising system anticipated later this year (currently in beta testing), the effectiveness of Mobile advertising is expected to improve even more.

The Implications for businesses and advertisers

One of the objections from advertisers to Google’s Enhanced Campaigns is the canceled option to target Tablet users only. While mobile advertising hasn’t shown high return so far, advertising for Tablet only was excellent in terms of return on investment.

Another argument from critics was the real prices of mobile advertising are significantly lower, because it is less effective, and with this change, Google makes to advertisers “align” mobile advertising costs with the (higher) costs of desktop advertising. In other words, a click might be worth NIS 0.5 but under the default settings you will pay NIS1.00 unless you adjust it. Although advertisers have the option to manage the campaigns in detail and set designated prices for mobile advertising, in reality only a fraction of the advertisers – the most analytical and professional – have the methodologies to set click prices correctly between different devices, and manage it effectively.

It seems that the measures taken by Google and Facebook will accelerate the adoption of mobile advertising and contribute to creating the required ecosystem, which includes tools, expertise and effective platforms for implementation and measurement. Until advertisers go through the learning curve and professionalization, small business owners will probably pay more for Mobile advertising. However, as to the question “Where is the money?”, looks like we will have the answer.